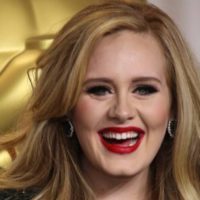 Adele has scored another No. 1 song with her comeback single “Easy on Me” which landed at the top spot on the Billboard Hot 100 after debuting last week at No. 68 just hours after it was released.  That feat marks the eighth-biggest jump to No. 1 in Hot 100 history; Kelly Clarkson’s 2009 single “My Life Would Suck Without You” still holds the title after leaping from No. 97 to the top spot over a decade ago.

Easy on Me has become Adele’s fifth chart-topper in the U.S. after its first full week of streaming, and marks her first No. 1 since “Hello” was on top of the charts between 2015 – 2016.