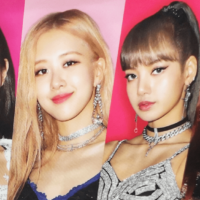 Eilish says in the trailer: “It is our responsibility to deal with climate change,” while BLACKPINK’s Rosé urges today’s youth to “come together”, saying that “we must work towards saving the Earth”. According to YouTube’s global head of original content Susanne Daniels, ‘Dear Earth’ will “inspire and motivate audiences to create a better, healthier, existence for the planet through contributions from a wide range of global leaders, creators, celebrities and musicians.”