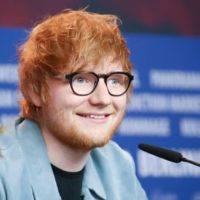 Ed Sheeran announced on Sunday that he has tested positive for Covid-19, and will be cancelling all immediate in-person appearances for his upcoming LP. However, Sheeran will still fulfill his commitments virtually. Ed’s new album is due out this Friday, October 29th.

Sheeran posted on social media: “Hey guys. Quick note to tell you that I’ve sadly tested positive for Covid, so I’m now self-isolating and following government guidelines. It means that I’m now unable to plough ahead with any in person commitments for now, so I’ll be doing as many of my planned interviews/performances I can from my house. Apologies to anyone I’ve let down. Be safe everyone.”

It’s unclear how long Sheeran will be self-isolating; he is currently scheduled to serve as musical guest on the November 6th episode of Saturday Night Live, which announced Sheeran’s appearance during the episode this past weekend. Sheeran made several live appearances over the past few weeks prior to his diagnosis, including performing with Coldplay at London’s Shepherd’s Bush Empire as well as appearing at the Earthshot Prize awards ceremony.